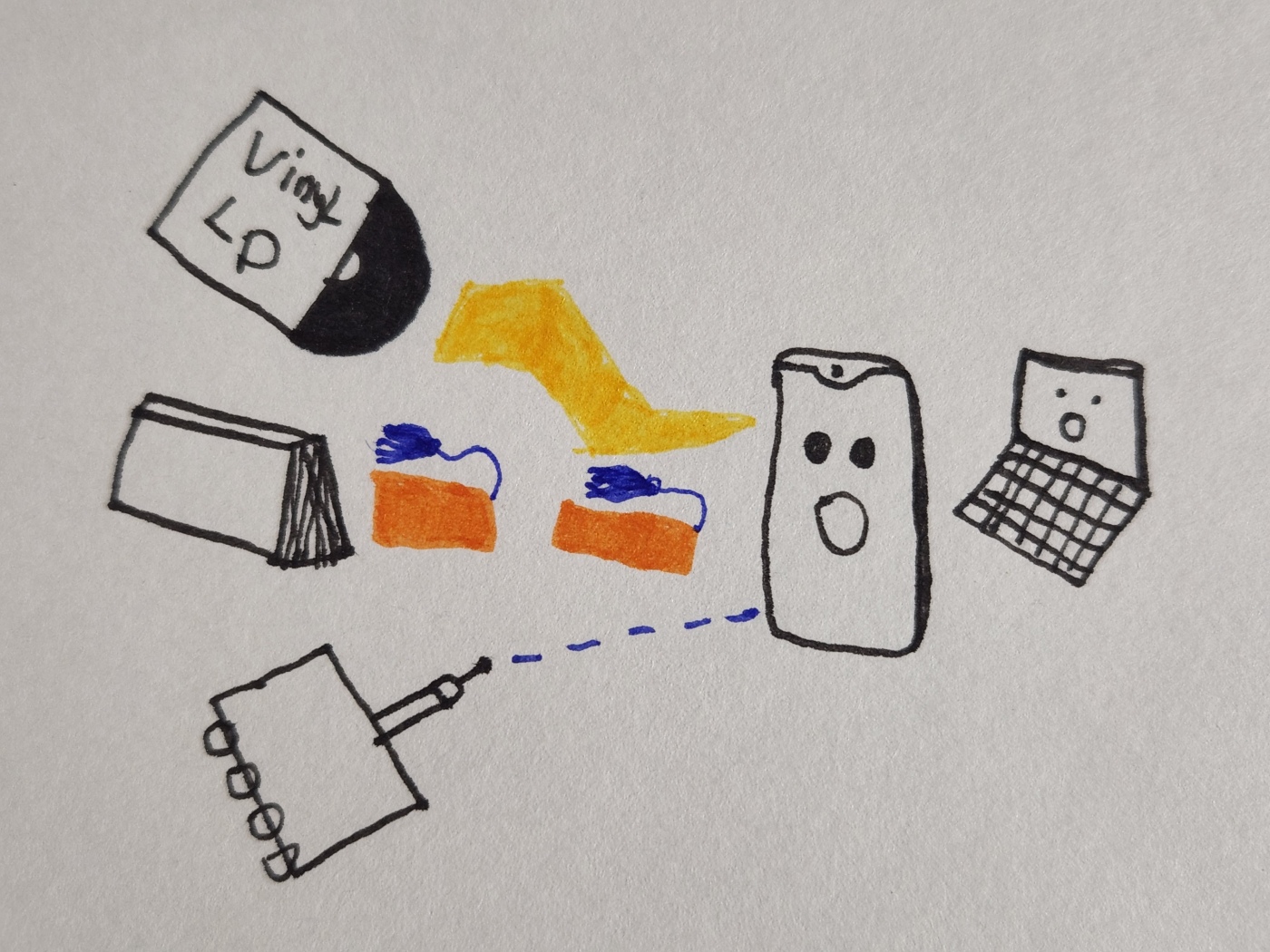 Why Analogue Is Coming Back Rather Than Dying

I love analogue mediums. I’m someone who reads their books physically, owns a decently sized vinyl collection and prefer to shop at brick-and-mortar stores over the web. This is an undying love which has arisen a lot from my own childhood being very digital heavy. I was once almost a preacher for all things digital, seeing it as the way of the future. Now, I crave more analogue things than ever before.

A lot of this love and passion for the analogue world is why I decided to read Canadian author David Sax’s The Revenge of Analog. In this book, Sax discusses the world and business of analogue mediums making a comeback in the 21st century. He goes through a variety of different areas, from vinyl records and print media to physical schooling and technology-free summer camps.

For this article, I will decide to take a different path, talking about a particular part of The Revenge of Analog and how I practice that part in my every day life. Also, being Australian, I will use the British/Australian spelling of analogue, only using the US version when mentioning the book’s title.

The world has increasingly become digital. Some of the first victims to the digital world, as Sax describes in The Revenge of Analog, was music and books. People were ditching their bulky vinyl collection for CDs and later CDs for digital downloads and streaming. Books too became digital. With the advent of eBooks, gone were the days of overflowing bookcases and now everything was at your fingertips. However, something very weird happened. Vinyl resurged in popularity and people continued buying more physical books than eBooks.

I’m one of those who started off in the digital world. During school, I remember saying how I had over 40GB worth of music on me. However, despite that immense size, it didn’t beat having a CD or even a vinyl collection. It was this immense collection that actually made me want to go out and buy vinyl. Being a lover of classic rock (The Beatles especially), I wanted to go out and experience this music in its original form.

Fast forward to 2022, I have a decently sized vinyl collection, which is still at my parents’ house. I still listen to lots of music digitally, but the more I hear it digitally, the more it makes me want to experience it live and buy vinyl of.

As for books, I follow a similar pattern to the author. Sax says in his book how when he got a Kindle, his work of books exploded. He had all these books to read, yet, he really wasn’t reading anything. His reading only picked up again after he switched back to physical books.

For me, it was my iPad that opened up my world of reading. I was taken back by the size of the iBooks catalogue. In my first year of uni, I was going to my fellow students that I’ve got all these books on my iPad that I didn’t really need physical books anymore.

All this changed though the longer I was at uni. I suddenly found myself switching back to reading physical books again. This swap back to physical books was one of the best things, in my opinion, I did for my reading. I was reading more than ever before with physical books over eBooks. Fast forward to today, I now predominately read physical books. I mainly reserve the eBook medium now to book reviews and digital-only fiction magazines.

Get Me Away From This Bloody Machine

One of the interesting parts of The Revenge of Analog is learning how people at the big tech companies are very analogue. There are stories in this book of people in Silicon Valley embracing printing presses and tech-free homes. Sax also discusses the issue of technology being used in education, which isn’t as utopian as many might think. He looks as several technology driven education programs, including school-wide iPad adoptions and fully online courses at universities, all failing to make an impact.

I related to this in the way that I’ve been working at this point in time. I work as a graphic designer and do a lot of writing, which means I’m at my computer a lot. Once being my bastion and special place, I’m now almost always eager to get off my computer and straight into a book when I finish work. Even as I write these words, I want to get away from this bloody machine and into a book.

As for technological pushes in school, I was one of those kids who predominately used computers. Being autistic, the thought at the time was I needed a computer to be able to keep up with my fellow peers. This was very true, in a way. I was a slower writer than my peers and required extra learning, which computers aided greatly in. However, looking back on it, computers did compromise one part of me; the ability to create. The pen and paper, as I later found out, were far superior and allowed more creativity than any computer program.

As what Sax pointed out, the pen and paper were freer than any software. Knowing the creative freedom of the pen and paper, I now utilise them in my everyday life. In my career as a designer, I use it before even touching my computer. A lot of my story ideas start off on pen and paper now too, using little lined paper notebooks to cart them around everywhere. It’s something I find freer than any technology around. It’s what I would call the ultimate form of freedom, in my opinion. And after reading the section in this book about moleskin journals, I’m actually tempted to get one myself now too.

David Sax’s The Revenge of Analog is an interesting look into the world of analogue striking back against the digital world. The topics Sax covers I found were relatable and certainly ones which would resonate well with fans of these mediums. The book though, in my opinion, might feel a little dated with its idea of physical stores, especially after the Covid-19 Pandemic.

Despite this, I still recommend you give this book a read, if you, like me, enjoy all things analogue. It’s well written and contains a lot of relatable information that many readers would like.